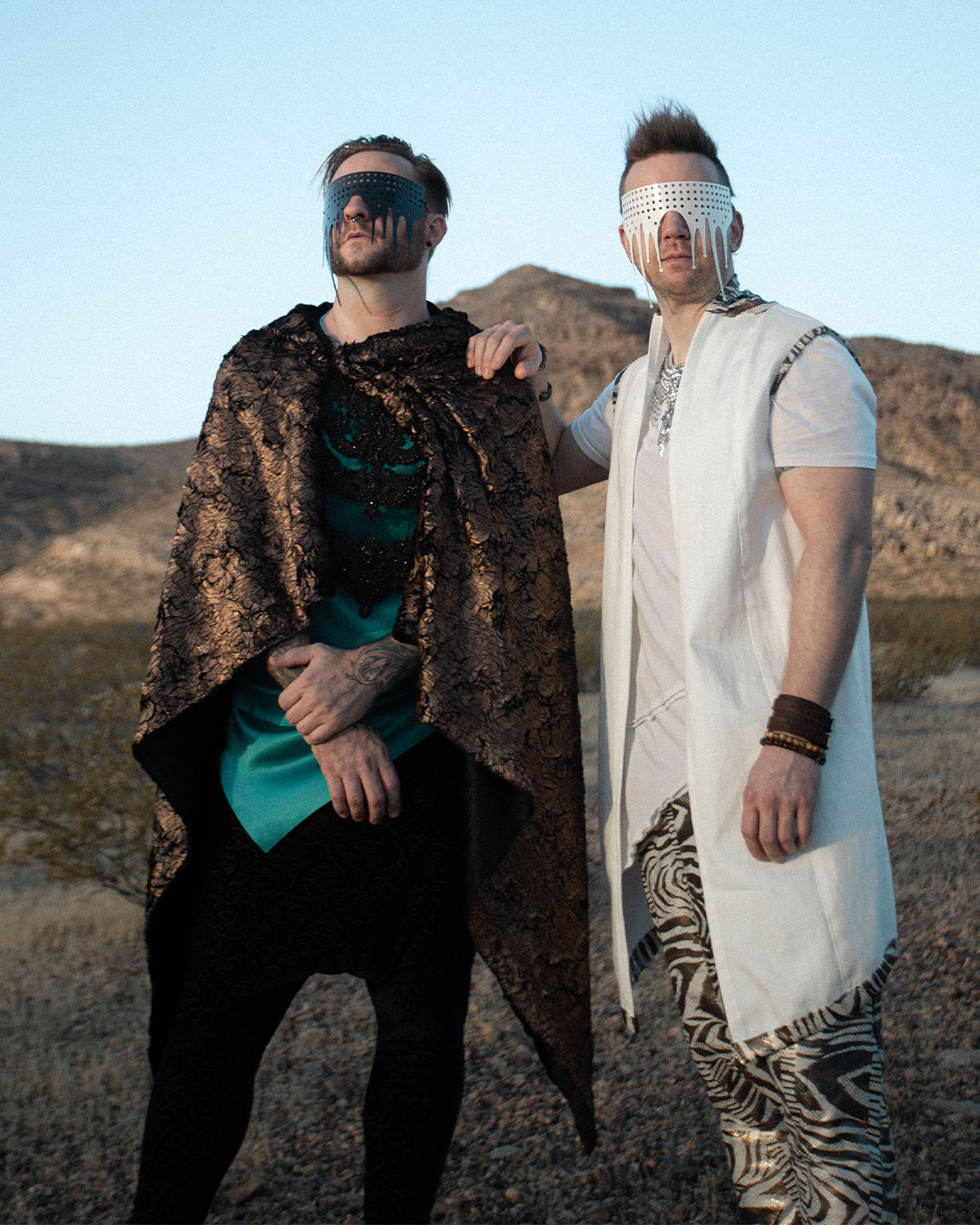 In one of most uniquely offbeat collaborations of the year, celebrated pop singer Blake Lewis joins forces with EDM’s most accomplished drummer producer KJ Sawka to form The Private Language, a new project that combines cutting edge electropop, indie dance and future funk into one irresistible package. Their boldly unexpected debut single is a fresh take on the Tears For Fears smash ‘Everybody Wants To Rule The World’, spinning the classic songcraft of the original with state of the art modernist production

KJ Sawka and Blake Lewis originally crossed paths amid the vibrant Seattle hip hop and rave scene, becoming fast friends and fellow musical travelers. Blake Lewis rose to fame as one of the most distinctive and memorable finalists on American Idol, winning over the world with his charismatic singing, beatboxing and scat-singing. He went to collaborate with OneRepublic’s Ryan Tedder, releasing a top 10 US album and a #1 Billboard dance track. KJ Sawka has been playing drums and producing for over 28 years, working with artists such as Illenium, BT, Amon Tobin, Andy Summers of the Police and dubstep supergroup Destroid. He is most known as the incendiary drummer for drum n’ bass legends Pendulum.