Personifying trance music’s energy in both approach and output, Italy’s Giuseppe Ottaviani has long been recognized as one of the genre’s most respected and prolific merchants. From his earliest studio work (as the engine behind famed group NU NRG), through to his latter-day releases under his own name, he has established himself as a benchmark for eminent trance. Over the last 6 years his boundary-breaking in- concert experience Giuseppe Ottaviani Live! has put hundreds of thousands of hands in the air and feet on the floor at the world’s best-known EDM festivals. Exclusively feeding these performances is his vast litany of club hits and remixes, of which ‘Ready’, ‘Angel’, ‘Linking People’, ‘Through Your Eyes’ and ‘No More Alone’ are but a few. Giuseppe’s remains both contemporary and omnipresent in the scene with of-late productions like ‘Falcons’, ‘Arcobaleno’ and most recently ‘Lost For Words’ continuing to win trance hearts and minds. Ottaviani is currently focused on the recording of his second artist album, slated for release 2013.

Productions: Giuseppe has long favoured a production-based approach to his EDM career. Drawing on a seemingly limitless reserve of inspiration, passion and the drive to create, it has given rise to a immense discography, comprised of over 35 productions and 45+ remixes. He is probably most quickly associated with his output on VANDIT Records and his remixes and collaborations with Paul van Dyk (of whom he is oft cited as a protégé). Over the years he has been a keen collaborator and has shared production credits with a long list of musically akin producers and vocalists. Most recently these have come to include co-productions with Solarstone and Sean Tyas (on ‘Falcons’, ‘Arcobaleno’), which has produced some of his most critically acclaimed work to date. “These ‘Falcons’ really fly!” declared Mixmag, who gave it their trance Tune of the Month in October 2012. DJ Mag meanwhile awarded ‘Arcobaleno’ their Money Shot in July, remarking it had “chutzpah”, “gusto” and that there was “simply no keeping a good track down!”

The GO! album: In 2009 Giuseppe planted one of his most significant career markers to date, with the release of his debut long-player ‘GO!’. The platform brought with it 14 new tracks (including the significant club hits like ‘’No More Alone’, Angel and ‘Our Dimension’). The album subsequently drew much praise from DJs, fans and the dance press alike. It also became the foundation block for long-lasting production associations with musicians like John O’Callaghan, Tom Colontonio and others.
Remixes: Giuseppe boasts a remixography second to few. He has lent his ebullient, optimistic signature sound to releases from PvD, Armin, Ferry Corsten, Markus Schulz, Gareth Emery, Aly & Fila, John O’Callaghan and a dozen other first-tier names. Equally though he is at home refashioning the output of more underground producers, having worked the Ottaviani magic on music from Chris Schweizer, Italian Mafia, Andrea Mazza & Max Denoise and Eddie Bitar.

Giuseppe Ottaviani Live!: Drawing on his vast audio repertoire, Giuseppe found himself in the unique position of being able to branch away from the traditional mixer/turntables set-up. Launching Giuseppe Ottaviani Live! in 2006, the concept gives a more visually immersive, ‘club-concert’ experience. This has delighted EDM lovers all around the planet and subsequently inspired other DJ/producers to adopt similar approaches. Giuseppe Ottaviani Live!’s gig-sheet has come to read like a Who’s Who of tentpole events. Included among them have been Loveparade, Tomorrowland, Nature One, Global Gathering, Creamfields (UK and Australia editions) Streetparade, Sunrise,Transmission, WMC, Colourfest, Cream Ibiza, Gallery @ MoS, Zouk, Roseland Ballroom NYC (for ASOT), Eurofest, SW4, WE ARE ONE and numerous others.

The PvD Association: Giuseppe has long been a collaborator and close musical conciliare to trance music’s foremost originator Paul van Dyk. Ottaviani has remixed no fewer than 5 of his releases and shared co-production credits on 3 tracks (‘La Dolce Vita’, ‘Far Away’ and ‘A Wonderful Day’). Following the release of his most recent album, Paul commented that: “Giuseppe and I have done a lot of music together in the past and that’s going to continue for a long time. For me it’s not foreseeable to have a Paul van Dyk album without Giuseppe’s involvement somehow.”

NU NRG: underlining how long trance has been in his blood, Giuseppe’s studio life began back in 1999 with NU NRG. He connected with fellow electronic music enthusiast Andrea Ribeca to form the esteemed two-piece, through which they scored a procession of club hits. These included ‘Butterfly’, ‘Casino’, ‘Connected’, ‘The Spaceflower EP’, and most notably ‘Dreamland’ and the ‘Free Fall’ album. It was at this early point that Giuseppe’s inclination for live performances first took hold. This led to NU NRG being nominated for numerous awards and saw them take home Best Live Act at the 2004 and 2005 Trance Awards, with Ottaviani himself collecting the title in 2007.

Compilations: Ottaviani has been a regular compilation mixer. Having started with ‘VANDIT – The Sessions 4’ in 2007, he went on to mix one of the long-running Techno Club editions in 2009, before in 2011 launching his own series. Working in sound partnership with his radio show (see below), ‘GO ON AIR’ was released through VANDIT and became a much-praised CD edition to his broadcast.

Radio Show: Expanding his GO marque further, Giuseppe launched his radio show platform GO On Air. Hosting the weekly broadcast (which is currently aired every Friday from 22 - 23 PM CET on AH.FM) and weekly podcast on iTunes, it keeps his ever expanding fan-base up to date with Giuseppe’s inimitable view of the trance world. 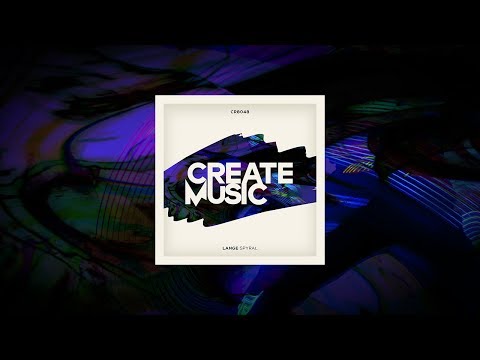