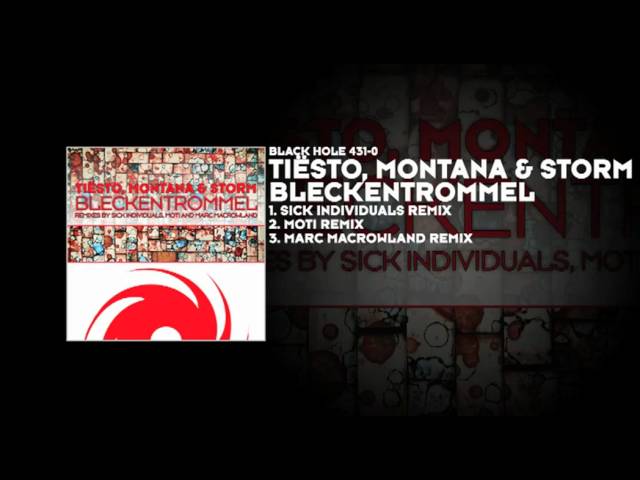 Still performing all over the globe as if he were locked in a permanent world tour, Tiësto continues to amaze thousands wherever he performs. The year 2012 already began with a packed agenda and in 2011 the Superstar DJ added two world premieres to his resume; first by taking his tour to the major University Campuses in the USA and second by playing for a sold out Home Depot Centre Stadium on the campus of California State University, hosting a show for 27,000 people. And if that wasn’t enough, he also took on a yearlong residency at the famous Hard Rock Hotel & Casino in Las Vegas.

Now reviving his all time classic track “Bleckentrommel”, Tiësto shows once again that his productions still kick ass. These remixes, prepared by the in demand Sick Individuals, MOTI and Marc MacRowland are all ready to become the next future Tiesto classic, roughing up dance floors everywhere. Expect to see “Bleckentrommel” playlisted by the biggest names in the industry soon!