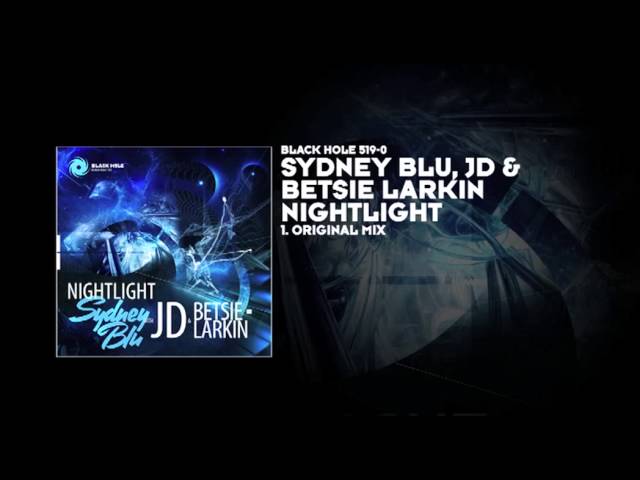 After the success of her previous singles "Chemistry" and "Another Late Night" (which she recorded with MC Flipside), Sydney Blu presents her brand new follow up entitled "Nightlight". Always aiming for perfection both in the studio and behind the decks, it is not surprising that Sydney Blu is one of the top female electronic producers and DJs in the world.

Hailing from Canada and nowadays living in Los Angeles, Sydney Blu's achievements are the logical result of adamant touring and numerous hit singles. The chart-topping "Give It Up For Me", one of Beatport’s best selling songs making her the first female electronic producer to ever have a top 10 hit on the website. This became the incentive for Sydney to start her imprint Blu Music, which has produced several hit singles over the years. Supported by the likes of Tiësto, Paul Van Dyk, Deadmau5, Robbie Rivera and Funkagenda, Sydney Blu and Blu Music shot to the forefront of the dance music scene.

JD is an artist, music producer and DJ. He remixed some of the world's biggest acts including Beyoncé, Lady Gaga, Will I Am, Kelis and many more. His productions under various pseudonyms have been released on labels spanning from Positiva, Ministry Of Sound, to Size, Stereo and Viva to name but a few. With an upcoming release on Calvin Harris Fly Eye "The Key" - and with JD working feverishly to wrap up a solo album project, he has started the year exactly as he means to go on.

Betsie Larkin has been a busy bee since 2011. Having already released three major singles and her new solo album "All We Have Is Now", she keeps going. Betsie's work in electronic dance music has been a whirlwind ever since her 2008 collaboration "Made of Love" shot to the top of the dance charts and was voted the 5th track overall in 2009 on Armin Van Buuren's "A State of Trance". In Above and Beyond's and Ferry Corsten's radio shows, the track even hit #1. Betsie has since worked with artists like ATB, Andy Moor, Gabriel & Dresden and her album "All We Have Is Now" features collaborations with John O'Callaghan, Ferry Corsten, Super8 & Tab, Lange, Bobina, Sied van Riel, Giuseppe Ottaviani and many others. The single“Obvious” with Lange was her last installment, preceded by "The Offering" with Sied van Riel. Now Betsie adds another notch to her belt with Sydney Blu.

"Nightlight", well produced within the domain of energetic progressive house in all its exciting and motivating glory, highlights attractive, trancy elements with a fierce tech edge to it. Perfect for the nightlife in the clubs, "Nightlight" is a definite peak time gem.