Somna and Vijo Caselle featuring Sarah-Jane Neild - Without You 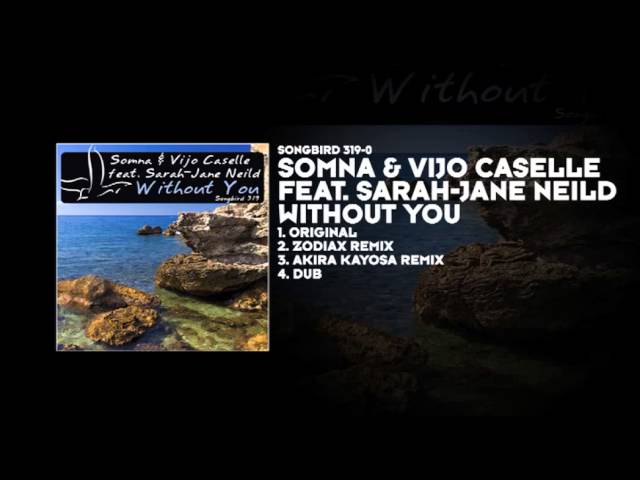 Somna presents his debut single “Without You” together with Vijo Caselle on the Songbird imprint. Sarah-Jane Neild delivers the vocals.

Somna is the trance alias of award winning producer and engineer Benjamin Leung. Although his name is relatively new within the trance community, Benjamin Leung’s studio work in his various aliases and co-writing projects have seen releases on labels such as 1605 Music Therapy, Discover, Alter Ego, Starlight Recordings, Whartone, Respekt, Tidy, Italo Business and now of course on the Black Hole Recordings sublabel Songbird. "Without You" made its first appearance on "In Search Of Sunrise 10 - Australia" by Richard Durand. Somna’s first single with Vijo Caselle features the vocal talents of Sarah-Jane Neild. Somna's music has steadily grown since the first production with A-listers such as Markus Schulz, Richard Durand, Andy Duguid, Agneli & Nelson, Akira Kayosa, Darren Tate and more.

It’s no surprise to hear why Richard Durand secured “Without You” for his 10th installment of “In Search Of Sunrise”. Somna and Vijo Caselle created a deep vocal trancer that features a well produced arrangement with a fresh and crisp sound to it. “Without You” will bring back memories of “Wasted” by Andy Duguid, the Scottish DJ/producer who already supported some of Somna’s remixes and, yes, “Without You”. Somna’s debut already screams for more.