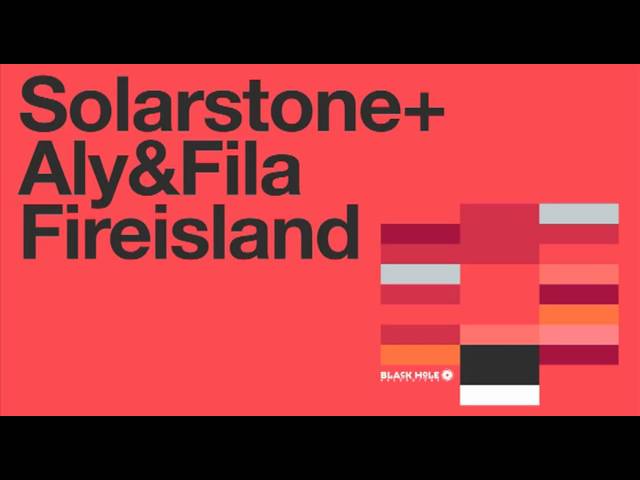 Every Solarstone album contains one, and this, without doubt is ‘Pure’s. Ably assisted by Egyptian trance kings Aly&Fila, Richard Mowatt reconnects with his ‘Seven Cities’ origins for the irrepressibly uplifting (not to mention White Isle-gazing) ‘Fireisland’.

With his #PureTrance revolution rallying cry recapturing the imaginations of trance music lovers globally, the third single to be lifted from the album is as signature Solarstone as its possible to get. Built around a nucleus of driving beats, striking percussion and atomic-bass, Richard Mowatt’s Extended Mix packs in sunspot guitar melodies, floor-enflaming key changes and at least two ‘just-when-you-thought-it-couldn’t-get-any-bigger’ moments.

Aly&Fila’s Uplifting Mix should come wrapped in hazard tape, and with a safety harness supplied! With its knock-you-off-your-feet beats, backed by a pitching, attacking 303 sequences, it’s propulsive, high-impact gear. In the break A&F allow ‘Fireisland’s gauzy elegiac piano and warm classical guitar centre-section to shine. That’s all before the synths once again begin to swell, ceding to the extraordinary, unchecked uprush of a textbook A&F top-of-the-drop synth-strike.

Rhapsodic and rapacious in nature - and taking its spirit from the legendary party beach with which it shares its name - ‘Fireisland’ is about to make its mark on the summer 2012.