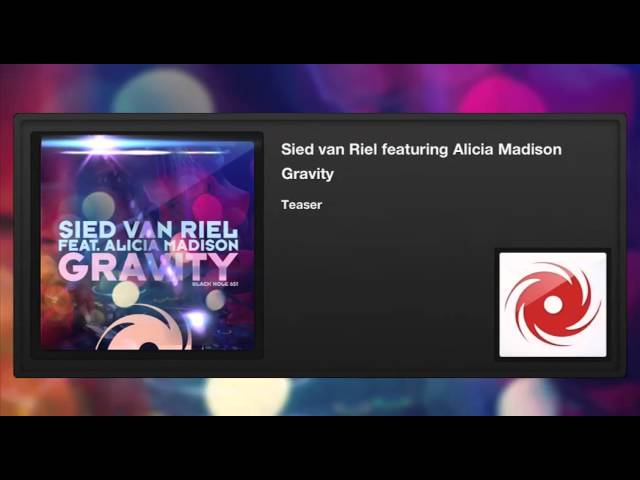 We’ve all come to know and love Sied van Riel for his numerous trance anthems, his Rielism radio show and his DJ-sets all around the world. With his recent vocal smash on Black Hole (Share This Night with Chris Jones) and the very first release on Giuseppe’s Ottaviani’s GO On Air label (8 Decades feat. Adina Butar), Sied has kicked off his 2014 with a bang. However, with his new collaboration with Alicia Madison ‘Gravity’, it looks like Sied’s biggest track of the year has arrived.

With releases out on Mixmash Records, Brawla, Xtravaganza and working with top artists such as Laidback Luke, Starkillers, Merk & Kremont and Promise Land, Alicia Madison has sure been keeping busy. Receiving praise from fans and artists alike, there is no stopping her.

‘Gravity’ has all the ingredients for a 2014 festival favorite. From Alicia’s powerful, yet emotional vocals to Sied’s Summery synth melodies and stompin’ basslines, everything falls into place perfectly. With remixes confirmed by Sneijder, Bastian Salbart and David Forbes, plus a music video on its way, ‘Gravity’ will be heard on dancefloors worldwide for a long, long time.