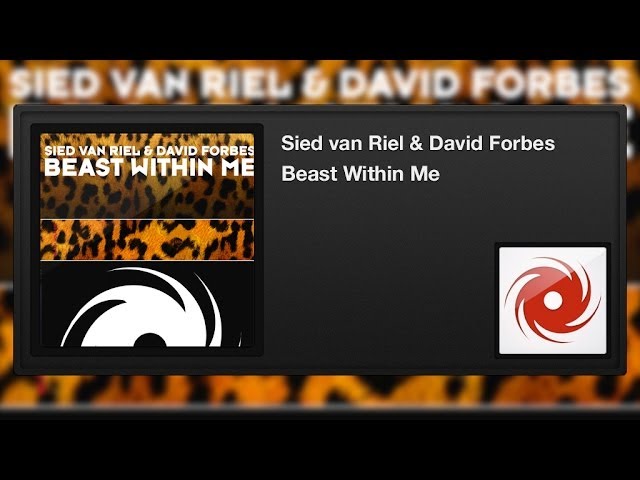 Dutchman Sied van Riel and Brit David Forbes are teaming up for the exceptionally bouncy trance track that is ‘Beast Within Me’. You are warned.

When you say trance, you say Sied van Riel who has released tracks on the biggest trance labels out there such as Black Hole Recordings, Armada, Spinnin’, Flashover and High Contrast. Sied has done remixes for Armin van Buuren & Ferry Corsten, Cosmic Gate, Offer Nissim and more. In 2008 he became an official Dance 4 Life ambassador, a charity that improves the lives of people with HIV and Aids for which he donated tracks. He has his own radio show called ‘Rielism’. At the end of 2013 Sied has just released the second edition of his own compilation series also called Rielism.

David Forbes’ musical career is spanning almost 2 decades resulting in a discography that would make any producer jealous. David is one of the UK’s most respected and versatile producers of this time with his experience and unparalleled knowledge of the industry. He has had releases on some of the most respected labels such as Subliminal, Vandit, Spinnin’, Reset, Liquid, Doorn, Anjunabeats, Flashover, Captivating Sounds, AVA, Coldharbour, S107, 68Recordings, Black Hole Recordings, Universal, Whoop, Five AM to name just a few. His productions have also been featured on compilations by major artists such as Armin Van Buuren, Paul Van Dyk, Ferry Corsten, Sander Van Doorn, Markus Schulz, Above & Beyond, Gareth Emery and Tiësto.