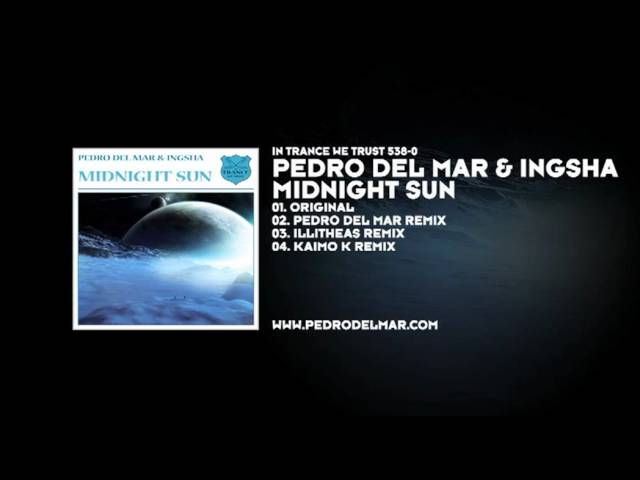 Pedro Del Mar recently released his 21st edition of his global Mellomania CD series and instead of taking a break he's presenting "Midnight Sun" in collaboration with German duo Ingsha. Over the years Pedro has released on almost every major company same as on every important dance label by a record of physical releases in more than 60 countries all across the globe. Behind the Ingsha brand you find Sasha Da Link and his partner Ingo Zielinski who frequently works alongside Roger Shah.

The retro flavoured Original Mix reminds a bit on the good old trance days with a two and a half minutes orchestral breakdown followed by the euphoric melody that touches the hearts of the trance fans out there. Pedro also delivers an additional remix, which may match today’s dance floors better with its clubby bassline and progressive influences but by the breakdown with its catching melody.

On remix duty are two fastly rising talents. German illitheas - known for some outstanding epic trance releases and also his previous collaboration with Pedro, demonstrates again why he belongs to the new generation of trance producer you should mark down by delivering this very emotional remix. Last but no least we have Kaimo K who delivers a perfect tool for all DJs who prefer it an edge faster by this uplifting trance jewel.