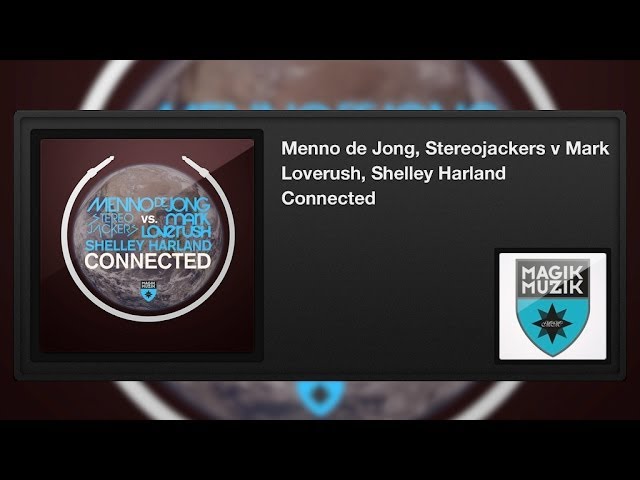 Take 3 great DJ’s, add an amazing vocalist and what you get is ‘Connected’ a collaboration between Menno de Jong, Stereojackers v Mark Loverush and Shelley Harland. The club mix is an anthem-like trancer, definitely fit for the dance floors. The radio edit is only available on iTunes.

Established artists in their own right, Stereojackers V Mark Loverush are already attracting a big name audience! Independently the guys have remixed for the likes of BT, Nadia Ali, Morgan Page, JES,  Kylie, Moby, Andain, Fragma, Paul Oakenfold, Matt Goss, Grace, Richard Durand, Betsie Larkin, Alex M.O.R.P.H. and have had releases on the world’s most prestigious record labels. The philosophy of Stereojackers V Mark Loverush is to work hard, play hard and treat their fans. Which they do by regularly releasing free remixes. A debut album of this team is on it’s way.

Shelley Harland is a world-wide chart-topping singer-songwriter-producer with a passion to sing and write music of all flavors. Untrained in music, she discovered these talents while living and working as a private investigator in New York. She picked up a guitar, wrote a few songs and her journey began. Her amazing voice and lyrics have inspired collaborations with artists around the world. She has worked with legends such as John Cale and Larry Klein and has toured with groups including Elvis Costello, The Fray, and Delerium. You can find her on many of her own albums and singles, as well as with artists such as Morgan Page, Guru/Jazzmatazz, Ferry Corsten, Junkie XL, Pole Folder, and many others.