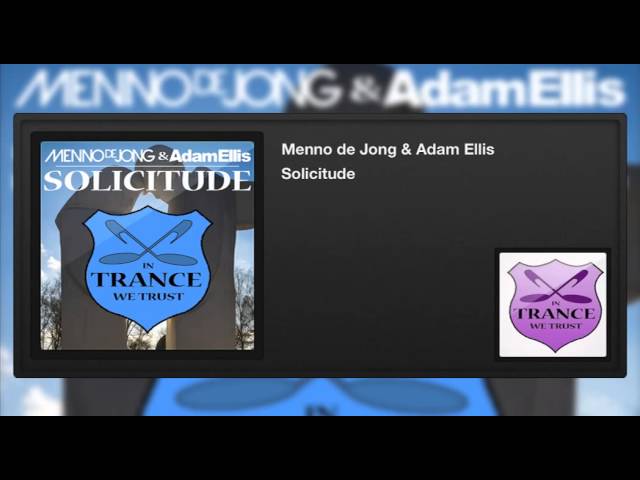 This collaboration between Menno de Jong and Adam Ellis ‘Solicitude’ is definitely not something to worry about. It’s a high level trancer that is up-to-speed and has a real dynamic and vigorous sound. ‘Solicitude’ is featured on the 20th edition of the In Trance We Trust series.

Adam Ellis is one of trance’s fresh young faces. He already made a name for himself with his debut single ‘Napalm Poet', reaching a number one position in the Beatport charts. He remixed tracks by Paul Van Dyk, Paul Oakenfold, Menno de Jong and Andy Duguid and only last December he released his track ‘Mandarine’ on the Subculture imprint. Now it’s time for a release together with Menno de Jong, which is also featured on the In Trance We Trust 020 mix compilation. Keep your eye on this man, because there’s much more to come!