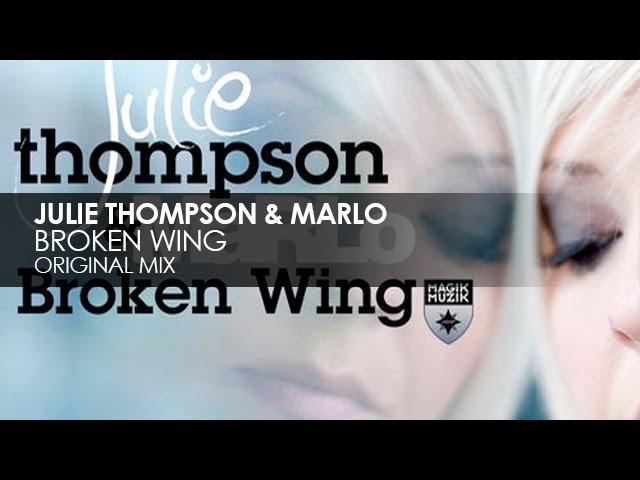 Julie Thompson’s career spans more than a decade. As a songwriter and, most importantly, as a singer, she featured on over a hundred tracks. Working with big names like Jonas Steur, Signum, Andy Duguid, Ignas, Dinka, Signalrunners, Super8 & Tab she became one of the most requested female vocalists in electronic dance. Julie’s most notable achievements up to this day are the ones she did in collaboration with Tiësto. Tracks produced by the superstar DJ like “Somewhere Inside Of Me” and “Do You Feel Me” have all reached the classic status while in the meantime she joined Tiësto for his Elements Of Life world tour. Later she would appear again on In Search Of Sunrise 6: Ibiza and In Search Of Sunrise 9: India by Richard Durand on which she featured with the single “Diamonds In The Sky”. In 2009 Julie released her long anticipated solo album “Feeling For Corners”, which harvested the singles “It Only Hurts”, “What Will I Do” and Shine. Julie Thompson’s most recent tracks is the collaboration with Leon Bolier, entitled “Underwater”.

MaRLo, the Dutch born Australian has had a busy 12 months. He had a #1 beatport hit with "The Island", remixed Armin van Buuren and Ferry Corsten (for the second time), mixed the Ministry of Sound Trance Nation Australia compilation for the second year in a row and tours around Australia almost every week. His sound has been described as a signature blend of hands in the air moments with tech infused beats, encompassing influences of trance, techno and tech-house. His hit "The Island" made it to #1 on Beatport while Armin van Buuren asked him to remix is single "Stellar". Ferry Corsten assigned him for a remix of "Brainbox" which led to another remix of his single "Punk". MaRLo's own tracks have been hammered by Armin van Buuren, Tiësto, Markus Schulz, Sander van Doorn, Ferry Corsten and many more. Four of MaRLo's productions were played across the ASOT 500 parties around the globe. MaRLo's tour schedule may be crazy at times, but still he manages to find his way to the studio; this time with Julie Thompson.

“Broken Wing” would be the perfect candidate for a new ISOS mix compilation and is at the same time the tailor made cut for the deeper DJ gigs. MaRLo’s absolute state of the art backing track merges the best ingredients of trance, tech trance and a subtle hint of electro into an irresistible, say, Balearic club slammer. Featuring remixes by Akira Kayosa & Bevan Miller and Tom Cloud, the “Broken Wing” package is the perfect single for every serious vocal trance set.