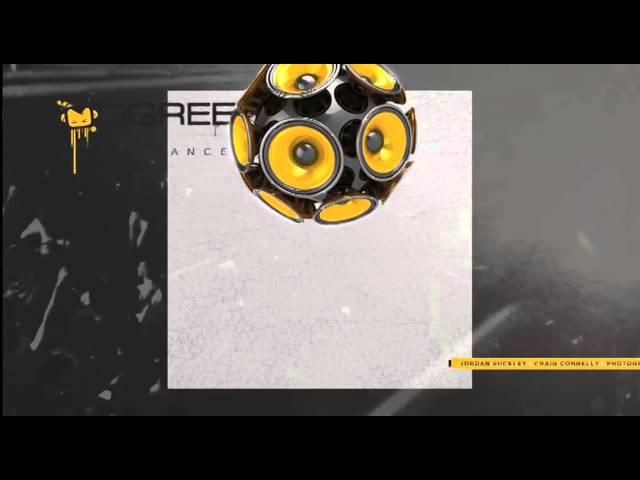 It began in Manchester, swiftly infected the north of England’s system and now, 14 years since those first blocks got rocked, it’s a electronic music name near-instant to the lips of any fast-lane-loving club kid.
Advisory: Goodgreef puts the capital ‘T’ into ‘tough’, the Kick into ‘Kick Drum’ and the balls into trance!

Now, with a squad of their most trusted DJ master-blasters ready to turn the speaker cables a fierce shade of white, Goodgreef are straight-up stoked to deliver a mix-comp that’s gonna put summer 2014 into overdrive. Stepping up for the occasion, Messrs. Jordan Suckley, Craig Connelly & Photographer have clubbed together a 3-disc-strong mix-collection, featuring some of the toughest, most deadly current and upcoming trance music available to man, beast or DJ.

Platforming close to 50 tracks, it raids a trove of releases and remixes from an all-star-cast of trance music’s best known tunes suppliers. Among many others, it features audio from Aly & Fila, Giuseppe Ottaviani, John O’Callaghan, Gareth Emery & Krewella, Gaia, Andy Moor, Protoculture. Max Graham, Lange, Bobina, Omnia, Gabriel & Dresden, Alex MORPH. ‘GGFT’ also comes locked, cocked and ready to rock with studio-ware from fast moving future heroes like Sneijder, Bryan Kearney, Will Atkinson, Johan Ekman, Skytech and Tangle, as well as much from its own mixing troika. From tech to tough, acid to uplifting and on to flat-out hard, its 3 discs will quench the thirstiest of trance-head appetites’ for floor destruction. Hold tight to the safety rail now - this is ‘Goodgreef Future Trance’!

Now probably the name most quickly associated with Goodgreef’s DJ cabal, Jordan Suckley is first up to the mix forge. The frontend of his mix sees him lock in a big 1-2-3 of his own recent productions, as ‘Contaminated’, ‘Access’ and Eddie Bitar co-production ‘Centipede’ ensure that energy flows… and blood pumps. Jordan mixes up big hitting names likes Giuseppe Ottaviani/Aly & Fila and John O'Callaghan (on Brilliant People and ‘One Special Particle’ respectively) with up-comers like Sneijder & Bryan Kearney’s ‘Next Level’, Daniel Skyver’s rafter-raising ‘Touching The Sky’ and Will Atkinson immolating ‘Isolator’.

As DJ, producer and man with the A&R plan at Garuda Records, Craig Connelly has been carving up floors the right way for 4+ years. To his mix, he brings one floor-waxer after another, and frontend that means the reunion of Re:Locate & Robert Nickson on ‘Recognition’, his revision of Andy Moor ‘Fade To Light’; his own Beatport-busting ‘Decibels’ and Armin’s latest Gaia creation, ‘Empire Of Hearts’. Further in Mark Sixma & Jerome Isma-Ae’s ‘Refused’, Protoculture ‘Music Is More Than Mathematics’, Alex M.O.R.P.H.’s ‘My Heaven’ and Omnia trancelation of Gareth Emery/Krewella collab ‘Lights & Thunder’ all grab their time to shine. Lifting the mix to near vertigo-inducing levels, Aly & Fila’s ‘Speed Of Sound’, Kandi & Wilkinson’s ‘Cityscape’ and O’Callaghan revamp of Lange’s ‘Unfamiliar Truth’ seal Craig’s deal.

The newest of the three names to Goodgreef’s decks, since his remix of Armin’s ‘Who’s Afraid Of 138?!, Ukraine’s Photographer has been the proverbial producer in demand. Personifying his tough-yet-euphoric sound, to his mix he lines up the original takes of ‘Rise Up’ from Gabriel & Dresden, Skytech ‘Collider’ and ‘Route 66’ from Scottish duo 2nd Phase. With Bobina’s ‘Refuge’ popping the mix-mercury high, he rounds the compilation out with his own much-smashed takes on Aimoon/Roman Messer/Ridgewalkers collab ‘Your Soul’, Aly & Fila’s ‘Laily’ & Abstract Vision’s (title-says-it-all) ‘Rocket’.