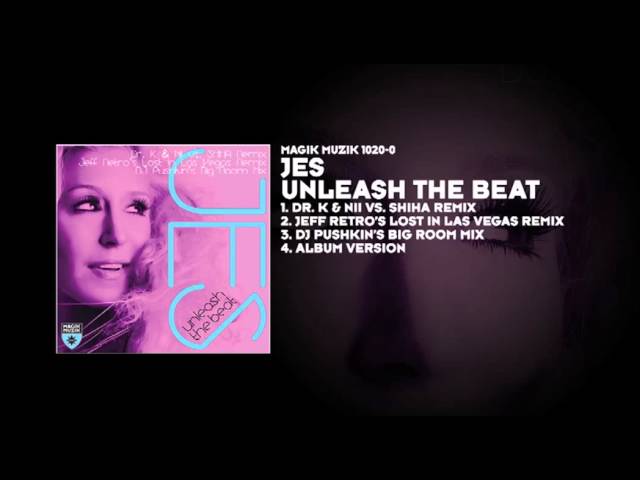 As many will know, "Unleash The Beat" made its first appearance as a track on JES' acclaimed "High Glow" album. The album featured such great singles as “Lovesong”, an absolute state of the art remake of the The Cure classic; “High Glow”, a collaboration with super star DJ and producer Tiësto and the intimate, acoustic “All Night”, which critics hailed as a classical composition for strings, organ and piano. It was clear that JES had delivered a massive album that found a perfect balance between electronic dance music, pop, rock and classical influences. The original album version of "Unleash The Beat" kept lingering in every DJ's mind and was played to the hilt; the song now finally sees its well deserved release in a superb remix package.

"Unleash The Beat" shows why JES is still the Queen of Rocktronica and the remixes of Dr. K & Nii vs. SHIHA, Jeff Retro and DJ Pushkin have re-invented the original version for the dance floors of the future. Killer hit single that truly lives up to its title!