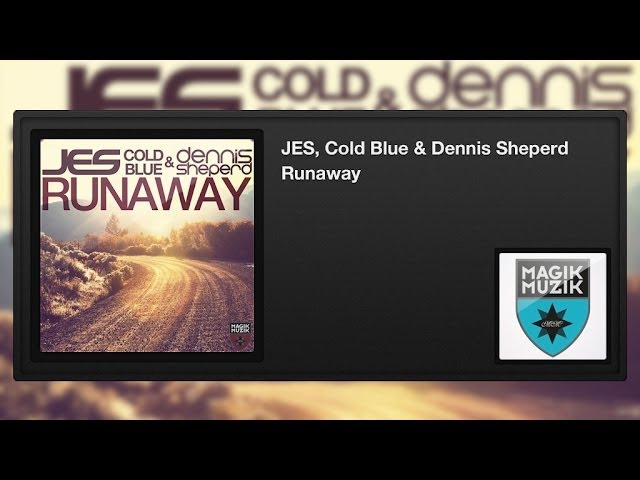 Songstress JES returns to Magik Muzik with ‘Runaway’, a true collaboration with German prodigies Cold Blue (p.k.a. Tobias Schuh) and Dennis Sheperd. Hot off the trails of her latest mixcompilation Unleash The Beat (Platinum Mix), it’s safe to say JES’ first major track for 2014 has arrived, something that wouldn’t be accomplished without the outstanding production skills of Tobias and Dennis. ‘Runaway’ is a trance-heavy anthem, which combines heavy basslines and lush synths with JES’ dreamlike vocals. Between all the current EDM mayhem dropping left and right, ‘Runaway’ is a real breath of fresh air, the song will surely get many plays all over the world this coming Summer season.

Propelling hit songs with Tiësto, Armin van Buuren, BT, Gabriel and Dresden and many others, JES has topped numerous charts worldwide and has earned two honors on Billboard’s famed Decade End Charts including the #4 Dance Airplay Song 2000-2010. She has released several artist albums and currently tours the globe with her combined DJ/vocal sets.

Dennis Sheperd has propelled himself into the spotlight of the club scene with his outstanding productions. He first cemented his name with ‘A Tribute To Life’ in 2007, after which various dancefloor hits followed. He collaborated previously with the likes of Markus Schulz, Rank 1, Jonathan Mendelsohn, Ronski Speed and Ana Criado, and has remixed tracks from Armin van Buuren, Markus Schulz, tyDi, Above & Beyond, Gareth Emery and many more.

Cold Blue is an established trance producer from Mainz, Germany. In 2007 he unleashed the now-considered trance classic ‘11 Days’ with Pedro Del Mar on Black Hole’s In Trance We Trust, and has since then released tracks on Anjunabeats, High Contrast and Monster Tunes, while remixing acts like Paul Oakenfold, Gabriel & Dresden and Cosmic Gate.