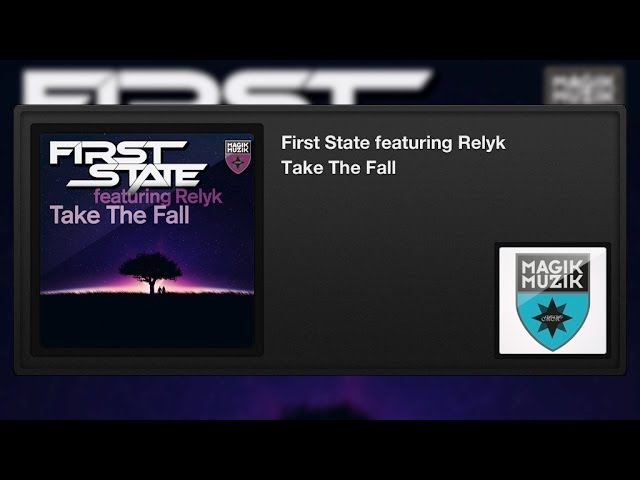 For his new release on the Magik Muzik imprint First State collaborated with upcoming EDM songstress Relyk, who’s vocals beautifully compliment the emotional sound of ‘Take The Fall’. There’s an extended version and a radio edit available of this track.

First State really is one of the consistent names in the electronic music industry with his ‘The Whole Nine Yards’ compilation series, remixes, his own First State label, the Crossroads radio show and of course his own releases such as ' My Sanctuary', 'Cross the Line', 'Your Own Way', ‘Battle of Hearts, and more recently, ‘Lourdes’. Besides all this he’s touring the entire globe, performing in some of the biggest venues of the planet.

Relyk is the alter-ego of Kyler England, singer-songwriter and member of the alternative pop/rock band The Rescues. The fact that Relyk is actually Kyler spelled backwards is because Kyler wants to show the other side of her vocal spectrum, her writing and personality. She seems to be doing pretty well on that front with collaborations with Tiësto, Duderstadt and Nic Chagall, Roger Shah, First State and making her own tracks.