First State and Jake Shanahan - Why So Serious 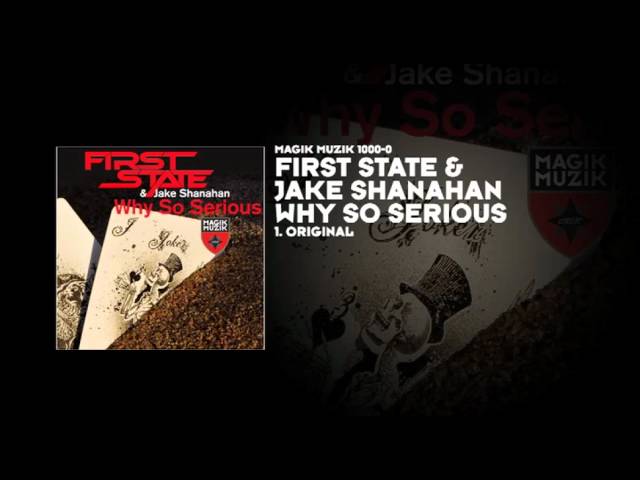 First State and Jake Shanahan present their latest single “Why So Serious” on the Magik Muzik imprint.

"Why So Serious" is the follow up to the previous First State single "Holding On", which was recorded with vocalist Max C. This new production is a collaboration with Jake Shanahan, the young Boston native who's enjoyed much support after his releases on Hardwell's Revealed Recordings and EDX's Pink Star Records along with other prominent House labels.

Fans will agree that "Why So Serious" sees First State push the progressive boundary even further after the charting success of their previous release. Opening all synth registers in the trademark First State style, the track bulldozes its way to an almost raving break, making it a perfect single for large late night live set!