Daniel Wanrooy and Virtual Vault - I Feel You 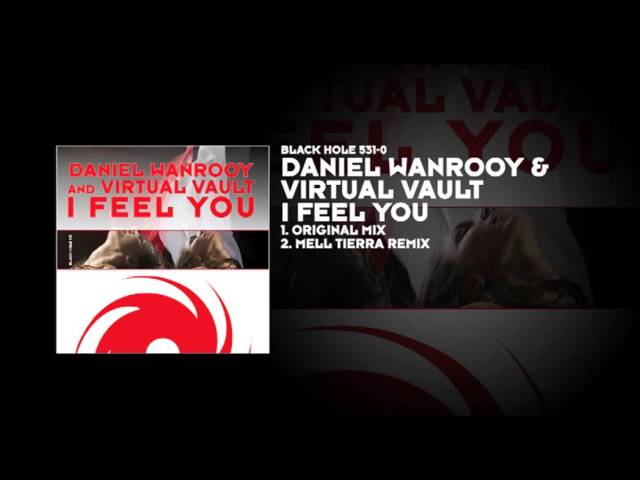 Daniel Wanrooy teams up with fellow producer Virtual Vault on the new single "I Feel You", released on the Black Hole imprint.

This new collaboration with Virtual Vault is Daniel Wanrooy's latest release since his previous single "Alcohol Abuse", which first appeared on Daniel's acclaimed album "Slice Of Life". The album was conceived as a project in which Daniel allowed his fans to follow the whole process through the release of several Slice Of Life EPs. After the single "Stay In The Moment" (featuring Blake Lewis) he delivered "Put Yourself Through This" with the vocals of Elliot Johns and now delivers a new approach to his sound with "I Feel You".

For Virtual Vault it all began with his single "Request". The smash reaped support all over the world from the top  DJs like Tiësto, Ferry Corsten and Armin van Buuren; immediately setting the standard for future ‘old skool’ and downright euphoric big room releases. The follow ups to his debut, “Experience” and “Definition” are still played all over the world, as is the case with his other singles "Boundary", "Causeway Bay" and "Default". His latest maximal house single "Smash" now sees a proper follow up with this collaboration.

"I Feel You" represents the perfect blend of tech trance and electro house. Exchanging the melody line of the chorus with powerful drum programming and whirling synth sweeps, "I Feel You" still leaves room for female vocals, driving the track to a massive climax. Mell Tierra reworked the original into a slamming electro house version ready to take over the party. A collaboration that screams for more.