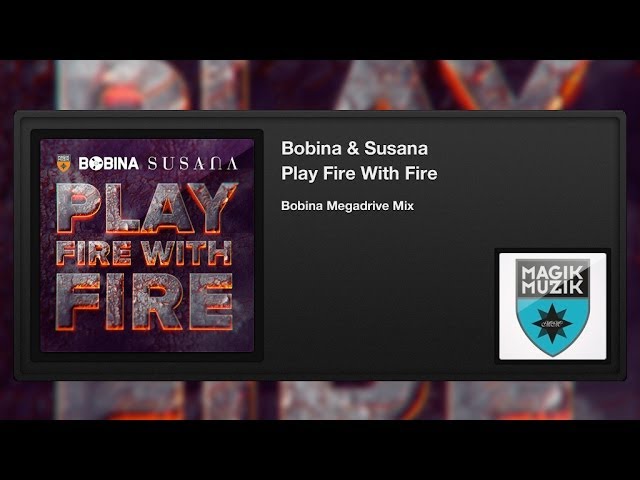 For ‘Play Fire With Fire’ Bobina teams up with one of EDM’s most treasured singers Susana. With the original being a fierce and uplifting trance track, two progressive housers from remixer Bass King and a trance remix by Soarsweep this package can only be called elaborate, so enjoy!

For the last 9 years, Bobina has been at the forefront of Russia’s electronic dance breakout. His DJ adventures have taken him around the planet numerous times, playing tent-pole events including Global Gatherings, Gatecrasher Summer Soundsystem, Trance Energy, and the Winter Music Conference. Spinning close to 100 block-rock sets every year, it has seen DJ Mag rank and re-rank Bobina as one of the 50 biggest spinners in the world for the last 4 years running. On the production front he has released numerous singles and 4 critically acclaimed artist albums, all of which prompted Ferry Corsten to call Bobina “one of the most talented music producers ever to come out of Russia”. Through his World Club Music label operations, Bobina’s also played a major catalyzing role in the careers of Armin van Buuren, Tiësto & Above & Beyond inside the Federation & ex. USSR countries, releasing their artist albums throughout the caucuses.

At the age of 19 singer Susana discovered the world of electronic music thanks to producers Raz Nitzan and Adrian Broekhuyze, with whom she recorded the vocals of Ernesto vs Bastian's 'Dark Side of the Moon'. Her second big hit, and also second release, was ‘Shivers’ with Armin van Buuren. Thanks to her progressive mind and strong determination Susana is also one of the few EDM singers to have released her own artist album called ‘Closer’.