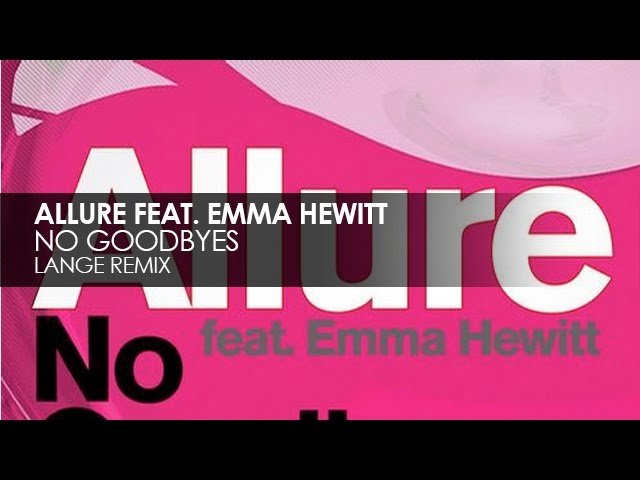 Allure, a longtime side project of Tiësto, saw the album “Kiss From The Past” make it to the top positions of the charts in a fairly short period of time. The well received original artist album contains hit single after hit single and will soon be released as a full issue again, aptly titled "Kiss From The Past - Remixed". This time “No Goodbyes”, featuring the vocals of Emma Hewitt, receives two makeovers from both Lange and Tom Cloud.

Both remixes from the masters of modern trance add a whole new atmosphere to the original Allure versions and including the extended version of the album cut, this single package is not only a must have for every DJ, but also the perfect teaser for the upcoming “Kiss From The Past - Remixed” album.