Alex O’Rion and Julie Thompson - Show Me the Way 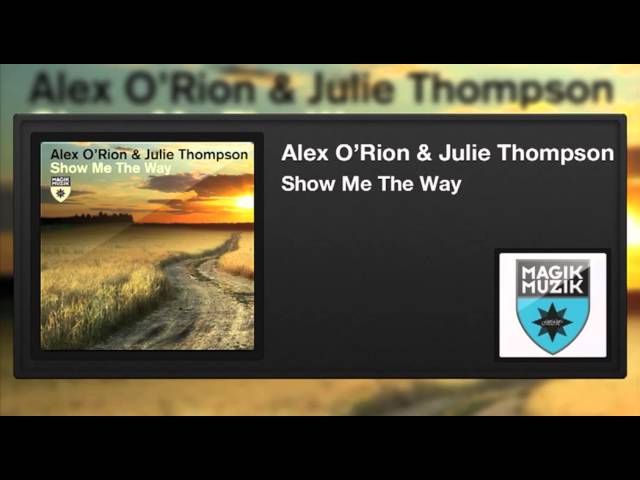 Out on Magik Muzik is the new single of Alex O’Rion & Julie Thompson ‘Show Me the Way’. In this package the original mix, a dub mix and a radio edit from this solid yet uplifting trance track.

Dutch DJ Alex O'Rion is already a firmly established name in the EDM scene, signed to Black Hole Recordings. He has performed on legendary stages such as Nature One, Trancefusion, Ultra Music Festival, Club Octagon (Seoul), Ministry Of Sound and Lush in the UK to name a few. He has done remixes for Ferry Corsten, Cosmic Gate, Richard Durand, Pedro del Mar and Arnej and others.

Julie Thompson, a British vocalist and singer songwriter, has also paid her dues in the EDM scene, writing with James Holden, Andy Duguid, Alan Bremner, the Freestylers and Tiësto with whom she collaborated on his ‘Elements of Life’ and ‘In Search Of Sunrise 6’ albums. Julie has also released a solo album called ‘Feeling For Corners’ and her own tracks and collaborations are featured on uncountable albums and compilations.